The Academic Year of 2021/22 officially inaugurated at Collegium Humanum

On 20 October this year, at the Arnold Szyfman Theater in Warsaw, the official inauguration of the academic year 2021/22 of Collegium Humanum took place. This solemn event thus marked the fourth year of the University’s dynamic activity.

“We do not want to educate people who will be merely employees equipped with knowledge, competences and skills. Or passive observers of the labour market. On the contrary, we want to educate people who will try to create this market – through their ideas, innovative solutions and acting in accordance with the philosophy of blue oceans, that is looking for niches, spaces worth developing”, – this is how His Magnificence, the Provost of Collegium Humanum began his inaugural speech.

After 18 months of a lockdown, the Inauguration Ceremony took place in stationary conditions – in the Arnold Szyfman Theater in Warsaw. The invitation was accepted by many well-known individuals, including representatives of the state and local government as well as church and other public institutions, including:

The academic community was represented by:

One of the highlights of the evening was the presentation of appointments to Collegium Humanum Business Consultative Council, which is the Provost’s most important advisory body. The Council is composed of outstanding representatives from the world of business, healthcare, science, sports and culture (both from Poland and abroad).

The appointments were received by:

The new members of the Council were welcomed from the stage by the Chairman of the Council Presidium, Mayor of the Białołęka District in Warsaw, Mr Grzegorz Kuca, EMBA, DBA.

The next point of the ceremony was the award of a Gold Medal by the Provost of Collegium Humanum. The medal is bestowed in recognition of many years of committed partnership with the University, the role in its development as well as outstanding contribution to social, business, scientific and didactic activities in Poland and around the world.

The Gold Medals were awarded to:

The central part of the inauguration ceremony was the act of matriculation – a symbolic admission to the student cohort and taking a vow. The text of the vow was read out by the Vice Provost of Collegium Humanum – Iwona Górka, EMBA. The Chairman of the University Student Union, Sebastian Krauz, also made a speech on behalf of the student community.

The inaugural lecture entitled “Psychologist in the world 5.0” was delivered by the President of the Polish Psychological Association and Professor of Collegium Humanum – dr. Teresa Panas.

The inauguration ceremony was graced by the performance of the Warsaw Cathedral Choir.

At the end of the ceremony, Jacek Wójcicki, a musician, tenor, film and theater actor, gave a splendid musical recital. 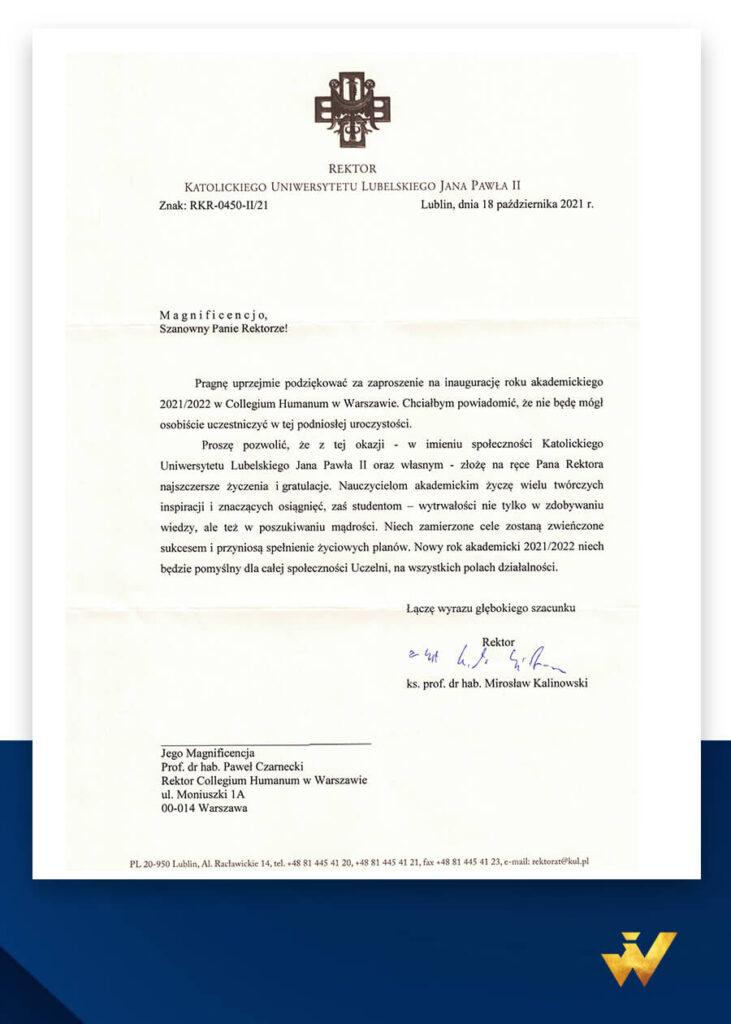 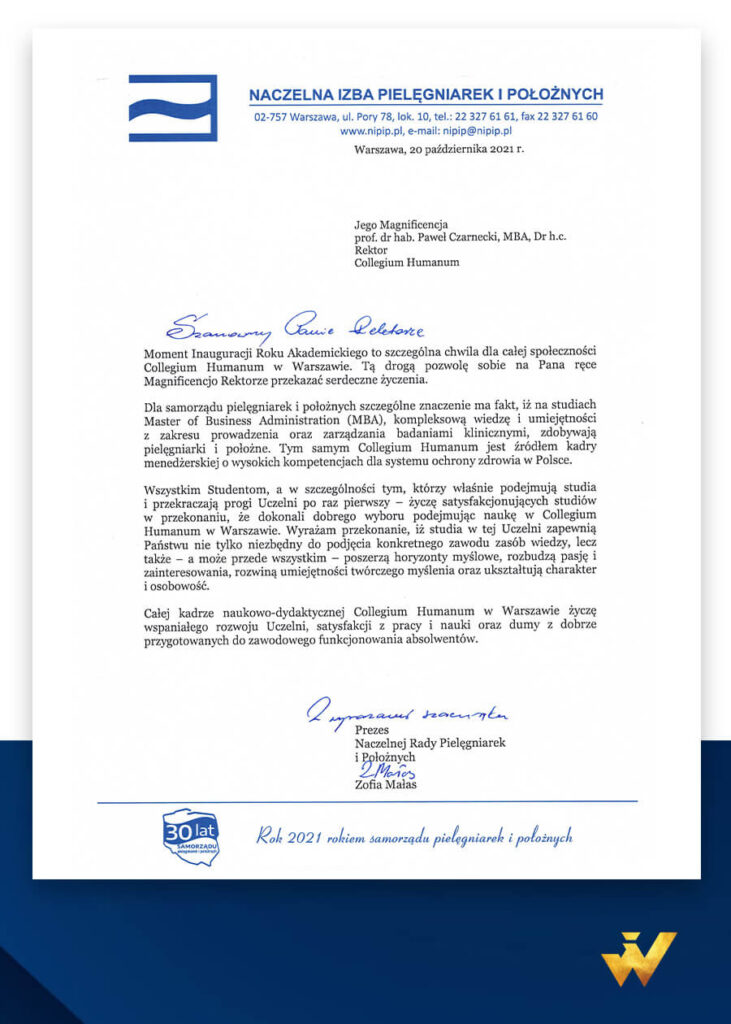 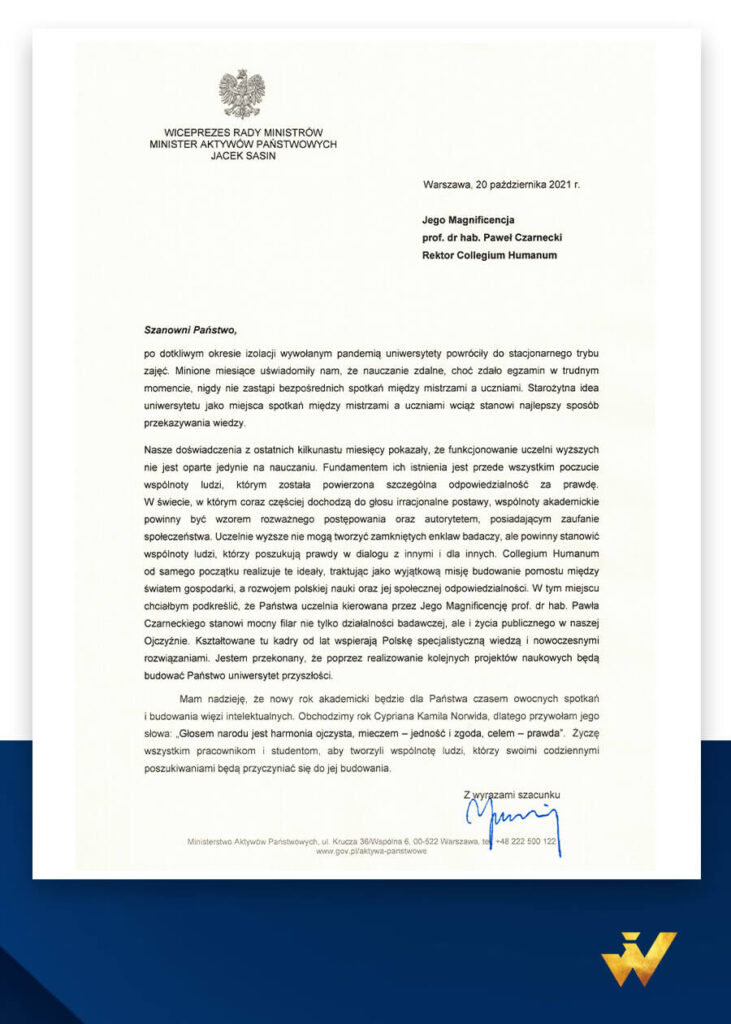 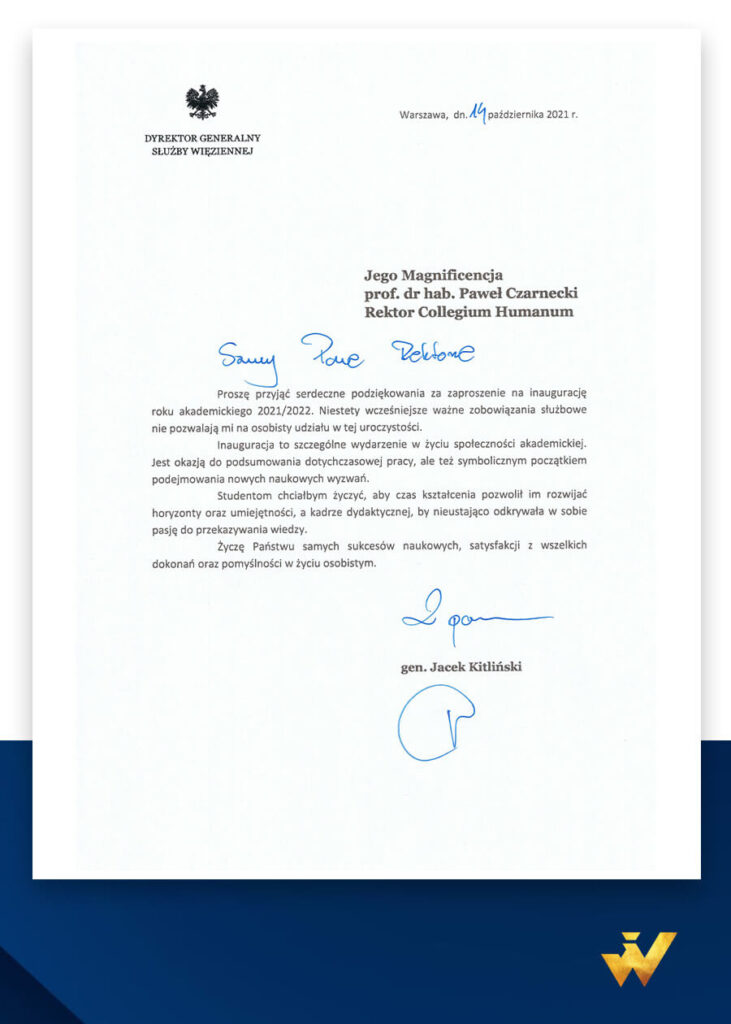 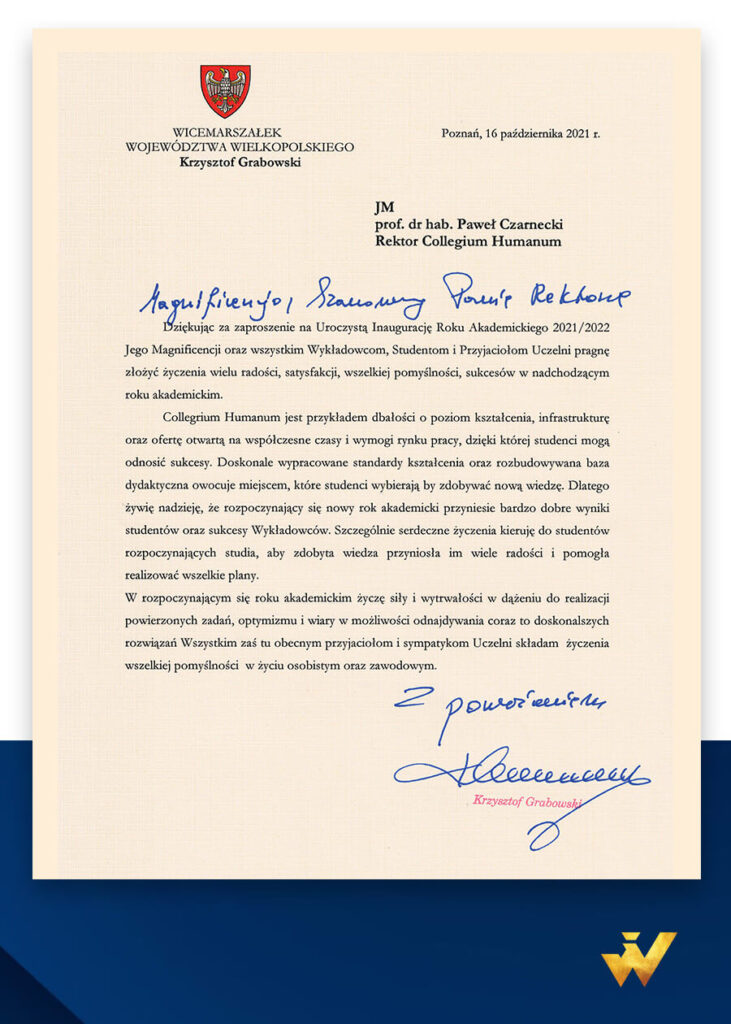 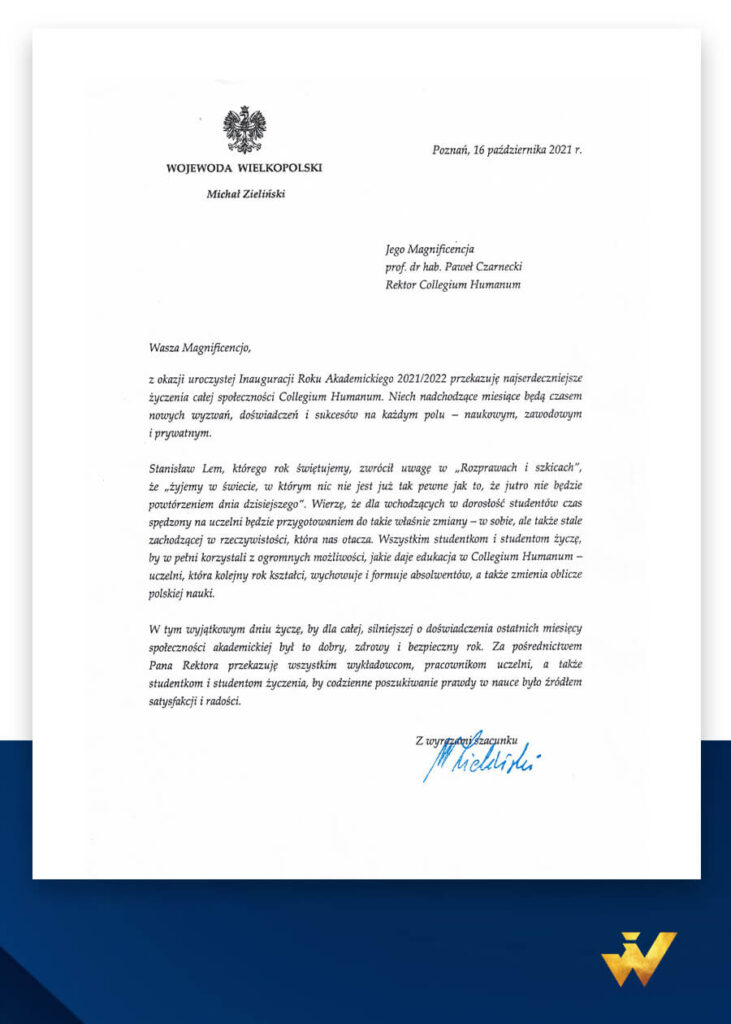 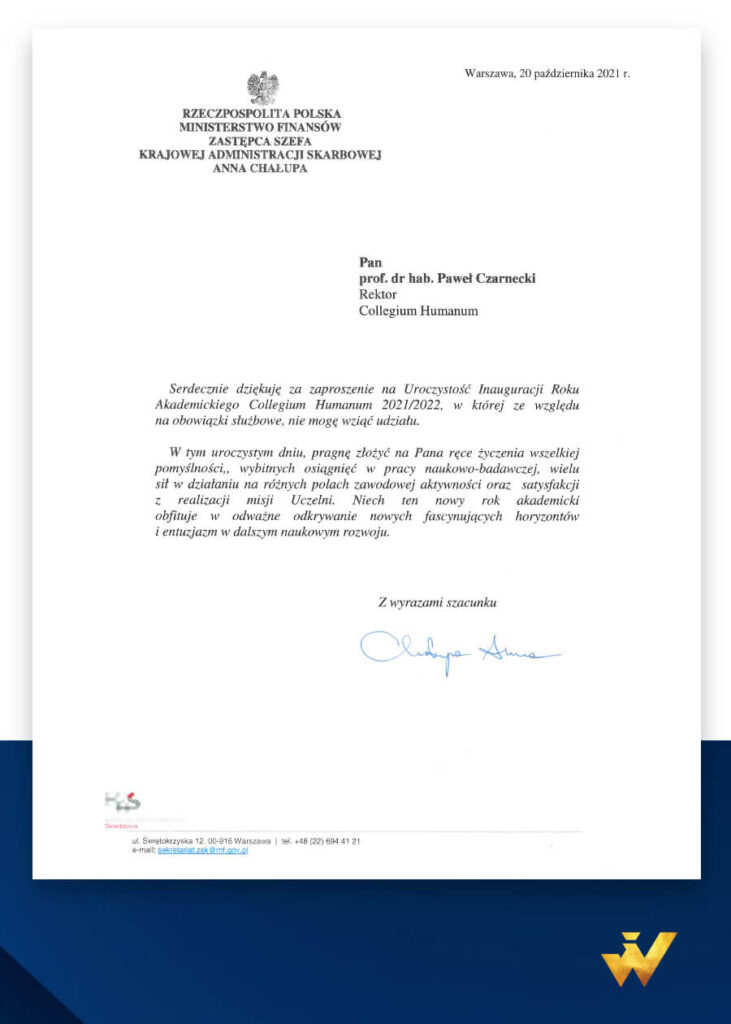 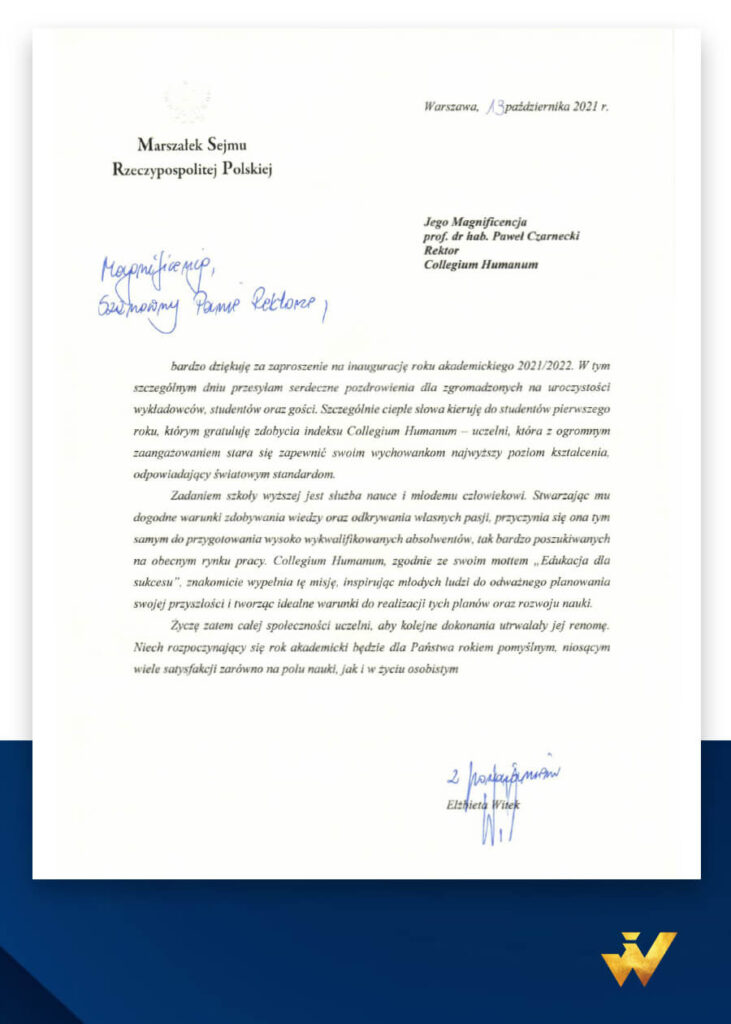 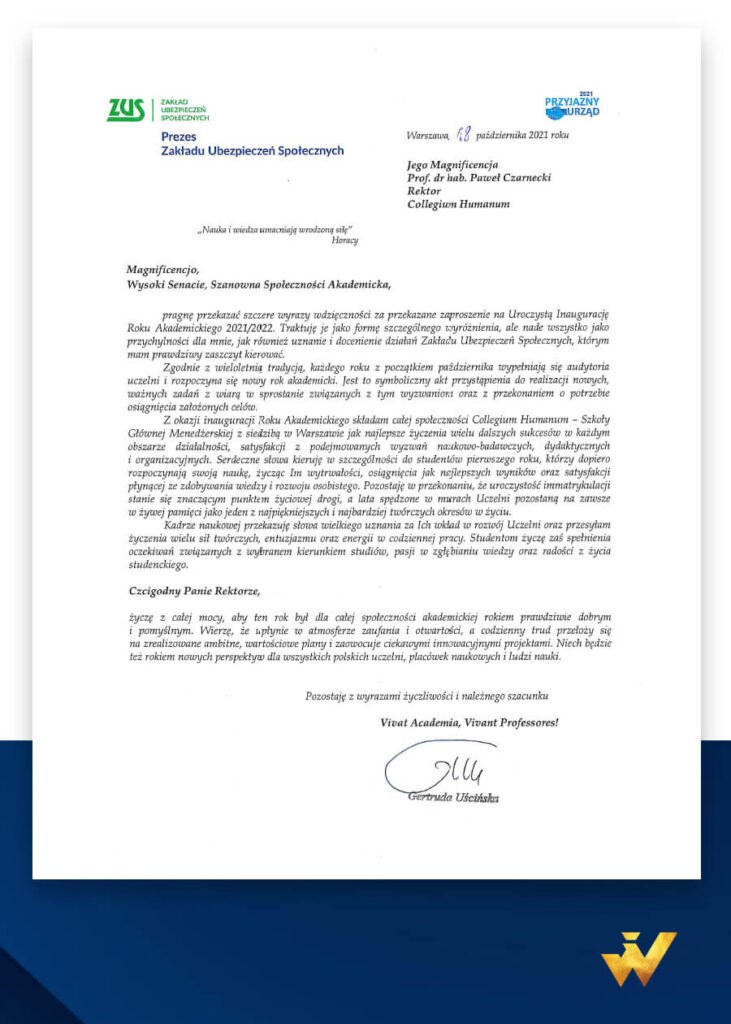 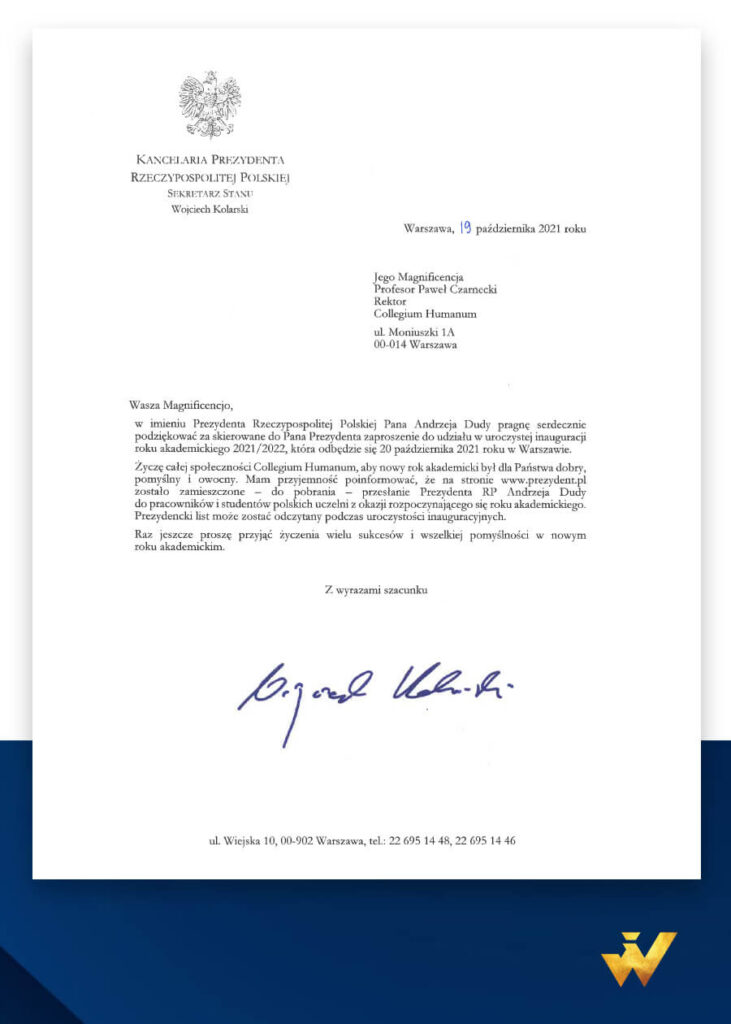 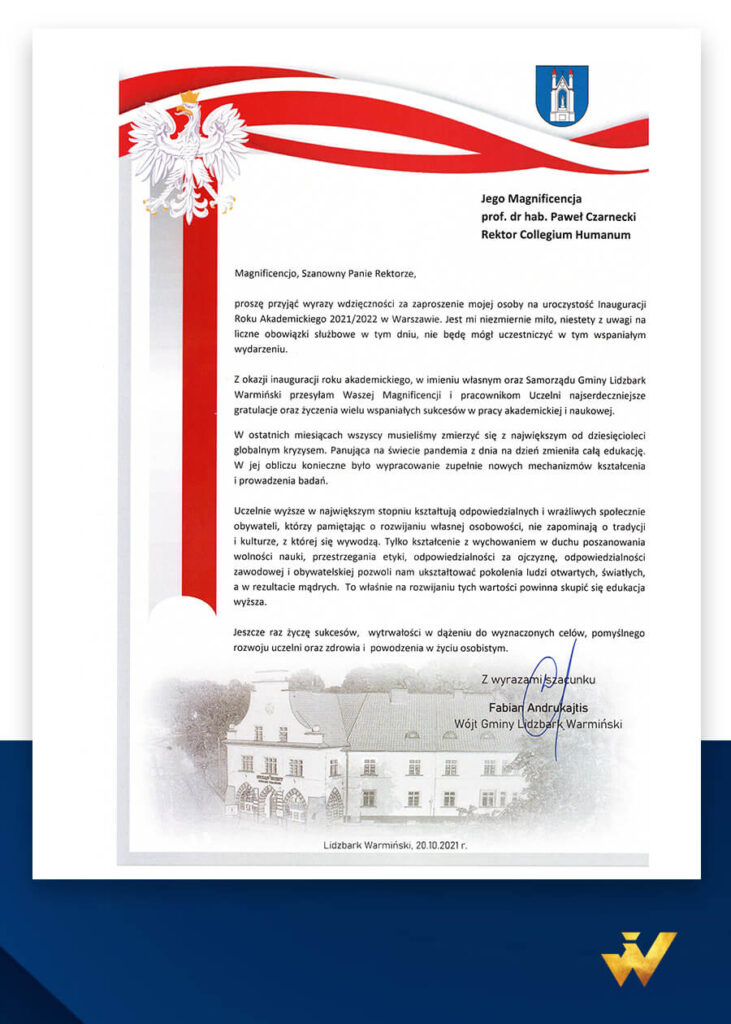 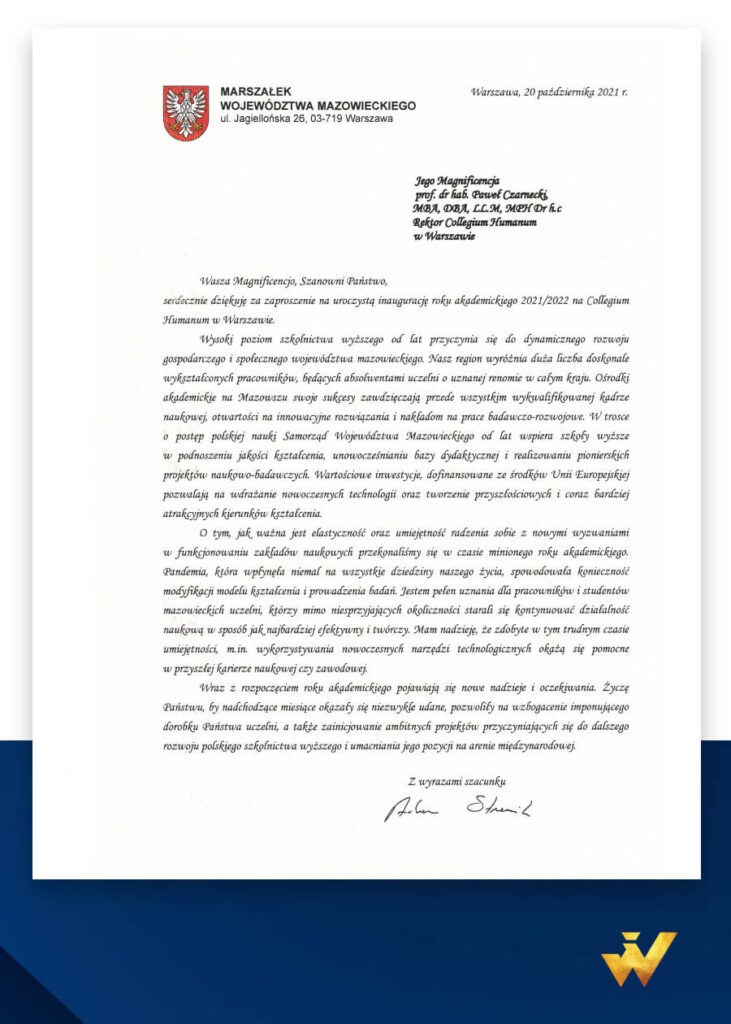 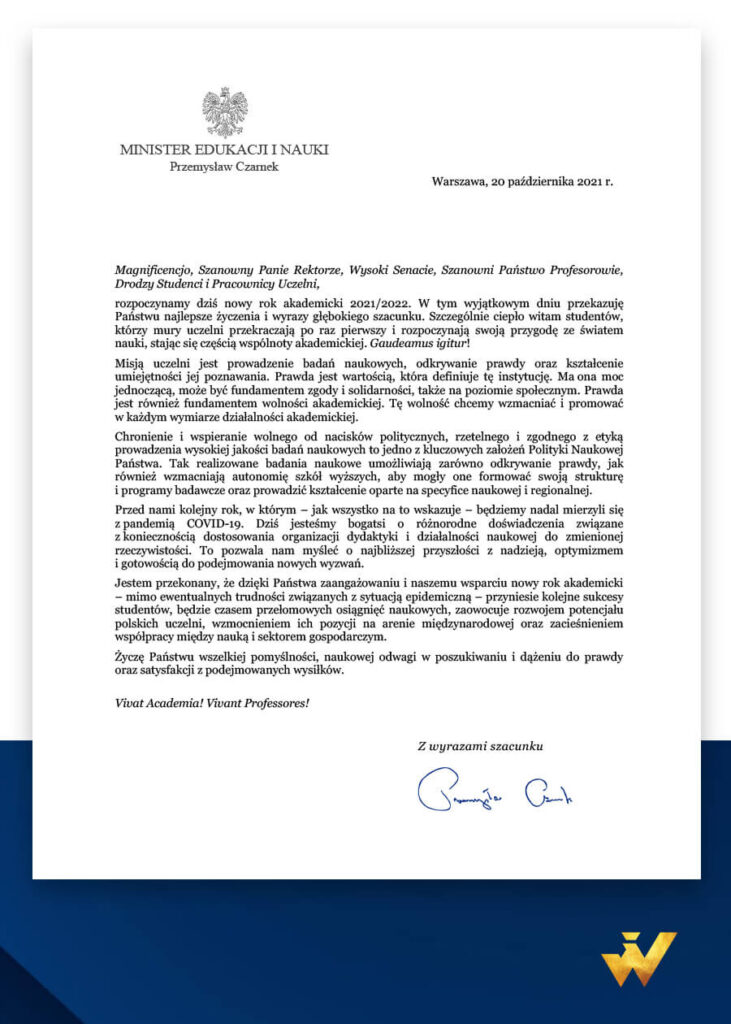 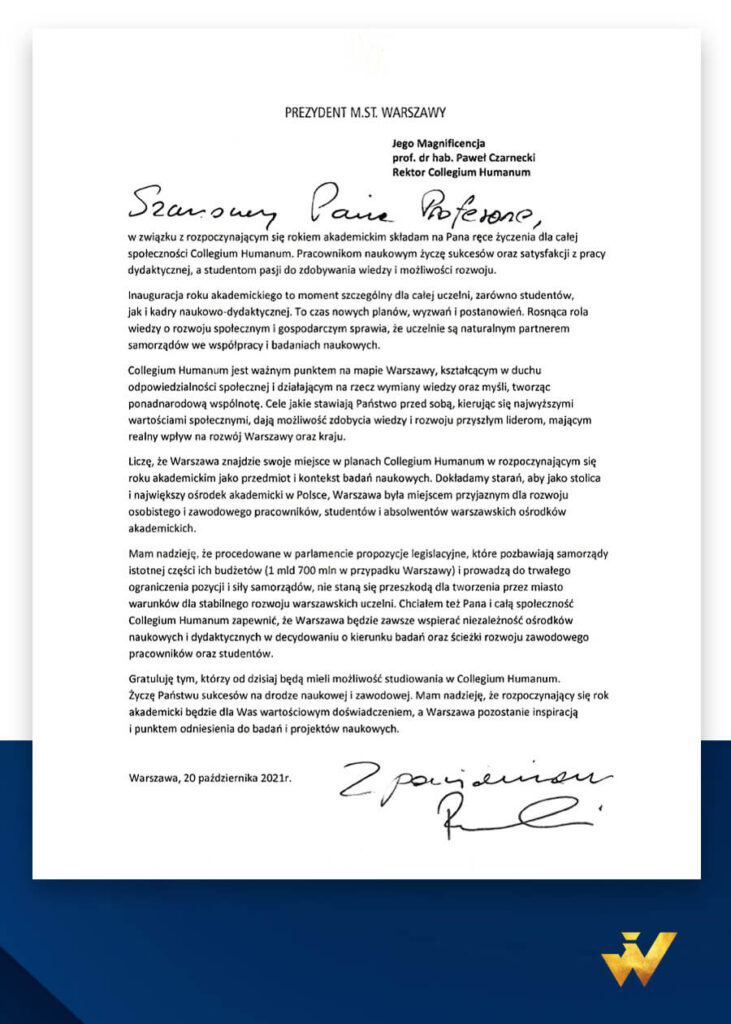 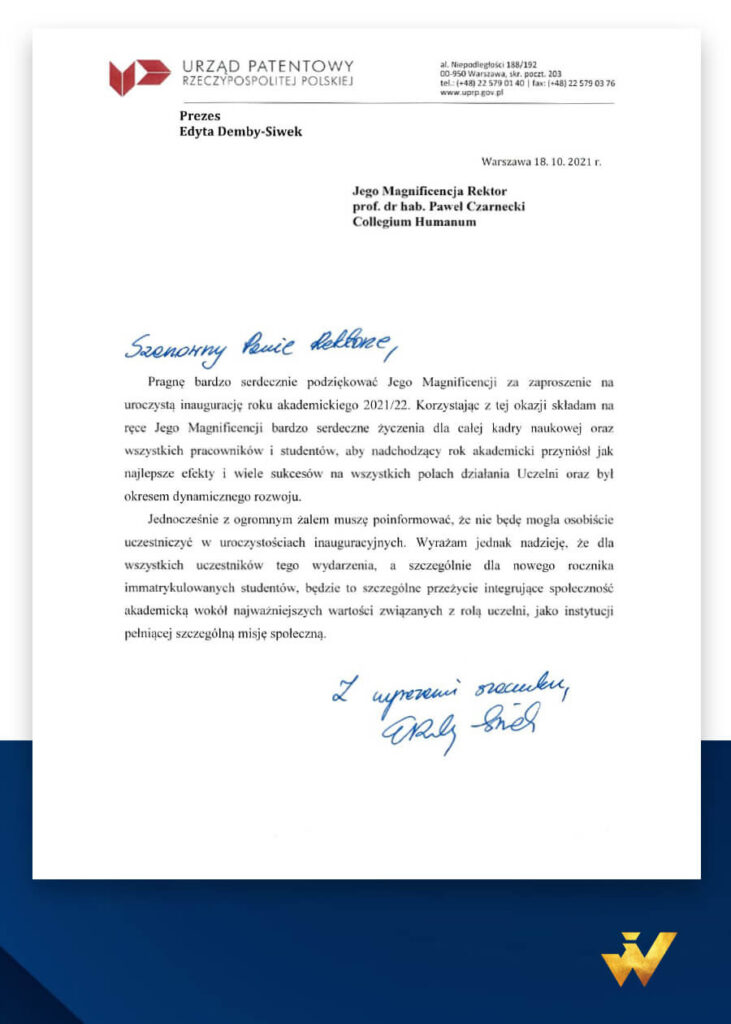 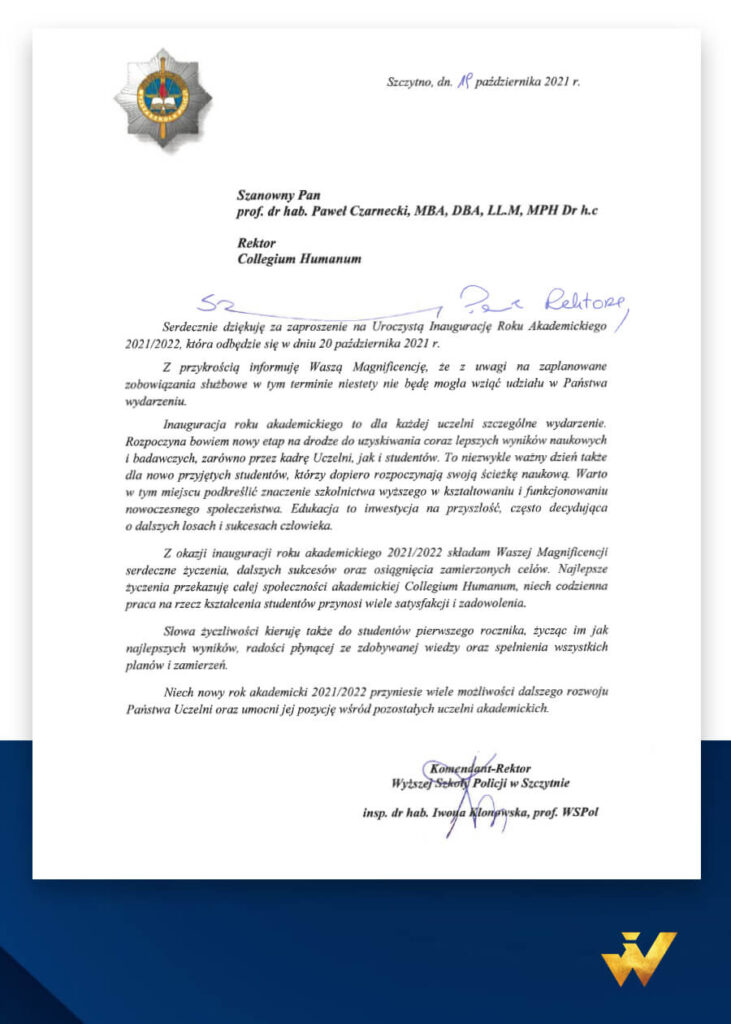 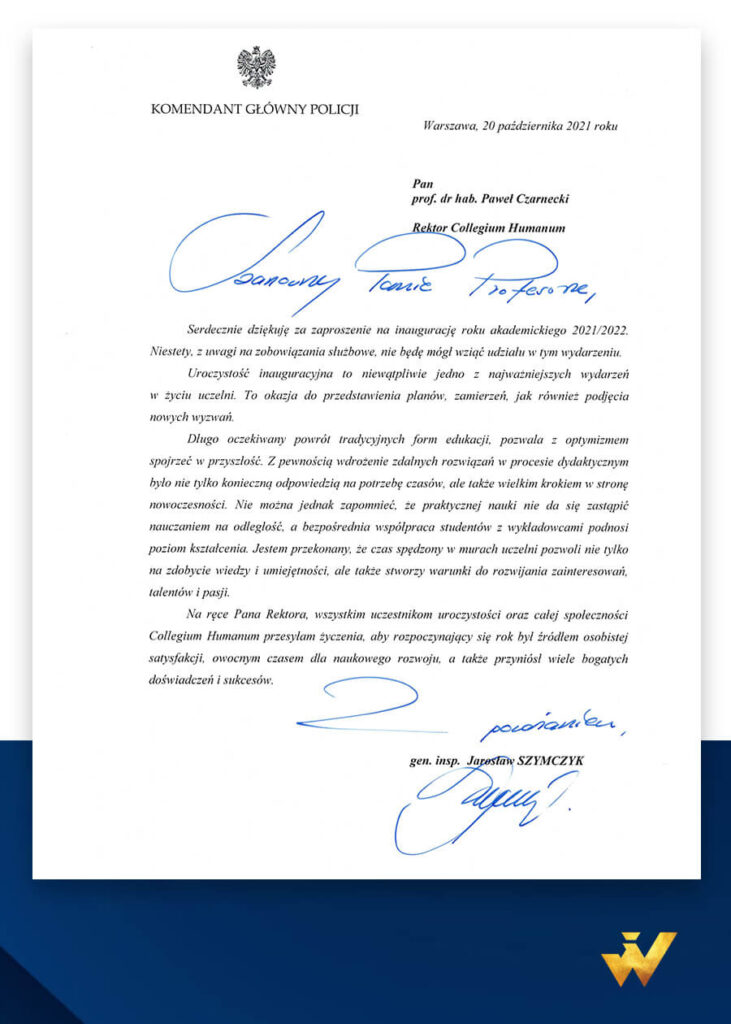 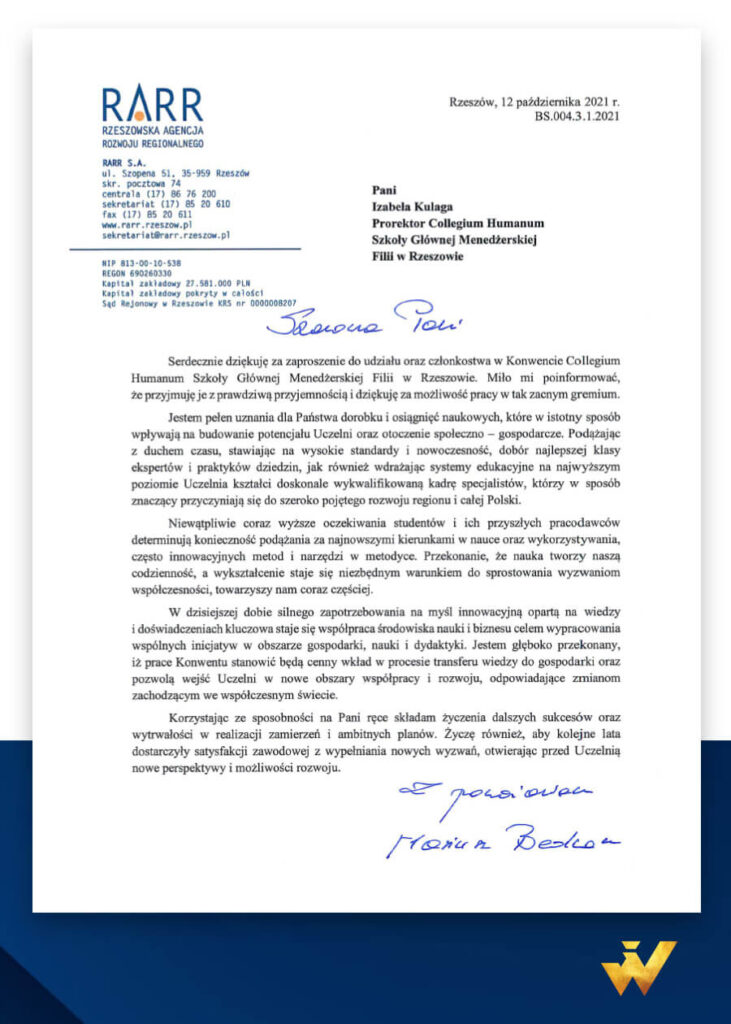 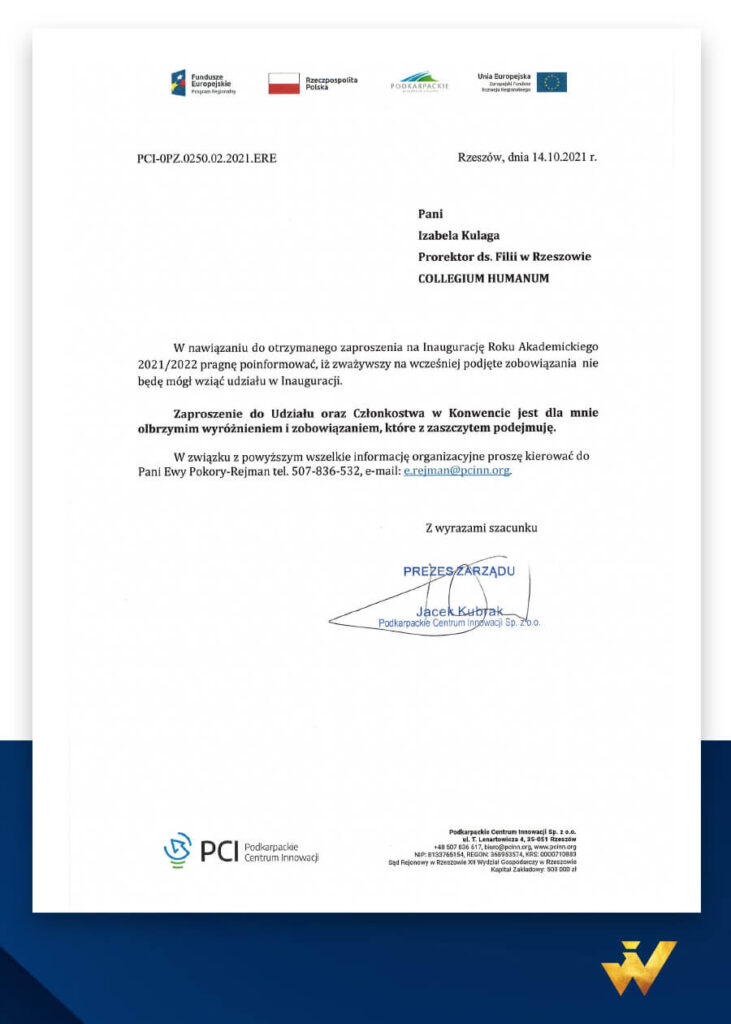 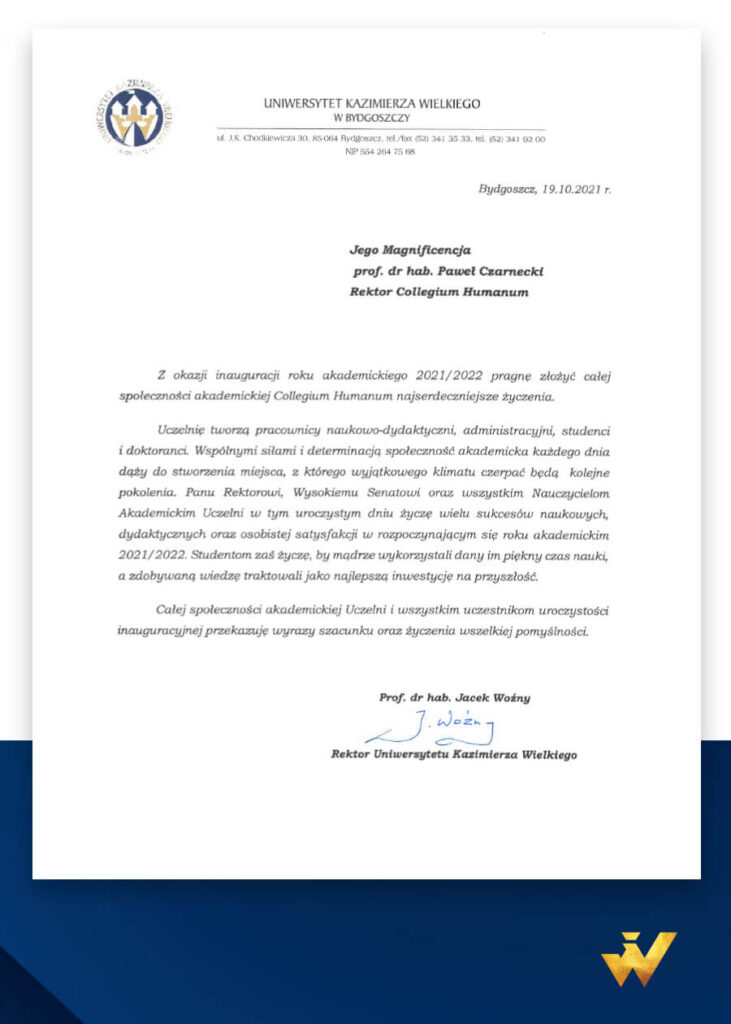 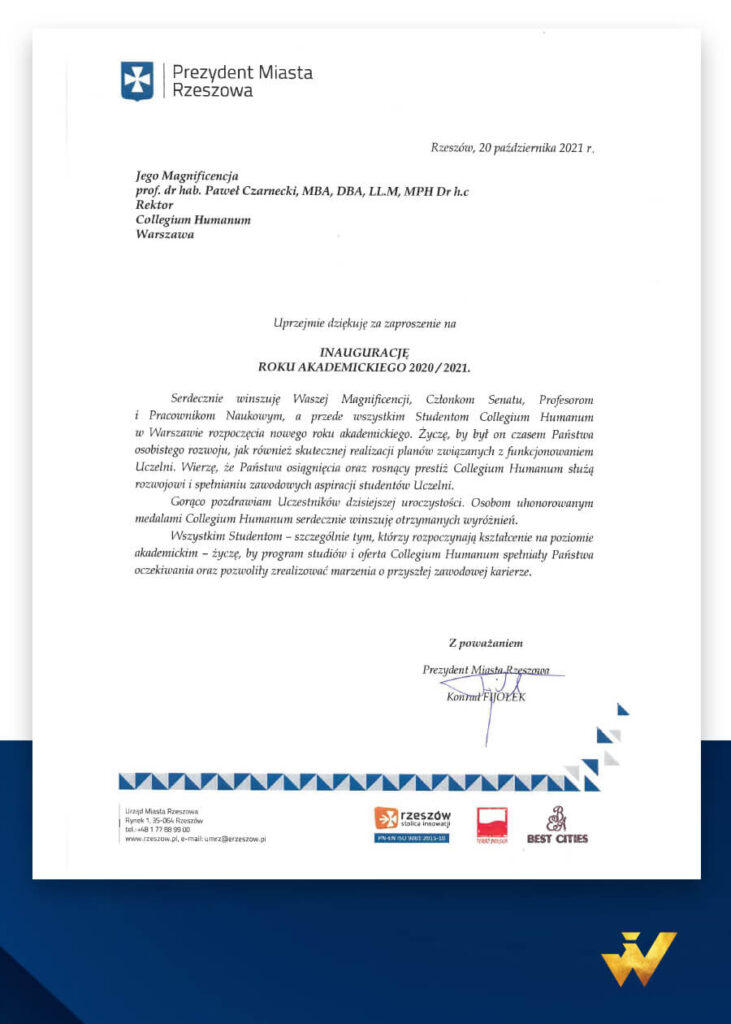