On 31 May, at the seat of the Polish Olympic Committee in Warsaw, we could witness a ceremony of awarding the titles of Honorary Professors of Collegium Humanum to: prof. Yevhen Imas – Rector of the Kiev National University of Physical Education and Sport in Kiev and prof. Yevhen Prystup – Rector of the Lviv State University of Physical Culture in Lviv. The ceremony of handing out the insignia and diplomas was conducted by HM prof. dr. hab. Pawel Czarnecki, MBA, dr. h.c. – Provost of Collegium Humanum, whereas the traditional laudation was delivered by the President of the Polish Olympic Committee, prof. h.c. dr. h.c. Andrzej Kraśnicki, MBA.

“This ceremony has a symbolic dimension. It takes place at a special time and in a unique place for the Polish sport. We cooperate with the Polish Olympic Committee and our students are also athletes and Olympians. I am glad that today we can underline the highest recognition and respect to two outstanding professors from Ukraine so that to convey our message that peace is the highest good,” said prof. Czarnecki.

Prof. Imas, Rector of Kiev National University of Physical Education and Sport, is also a Chairman of the Sports and Environment Committee of the National Olympic Committee of Ukraine as well as Chairman of the Ukrainian Federation of University Sports. In addition, he is the author of over 120 articles and research papers on socio-economic and legal issues of physical culture and sport, entrepreneurship in the field of physical culture and sport, strategies and recommendations for a healthy lifestyle as well as a promoter of the development of e-sport in Ukraine.

Prof. Prystupa, a habilitated doctor of pedagogical sciences, is a professor of the Ukrainian Academy of Sciences and a Deputy Chairman of the National Olympic Committee Branch in the Lviv region. He holds 9 certificates of copyright and patents of Ukraine. He has prepared 6 habilitated doctors and 15 doctors in Physical Culture Science. He is the author of 320 scientific, didactic and methodological works – written independently and in co-authorship. Over 60 of these have appeared in leading foreign publishing houses.

Rectors and Vice-Rectors of universities from Poland and Ukraine as well as different representatives of the state, self-government, civic society and media also took part in the event. The ceremony was graced with a performance of a choir conducted by Dariusz Zimnicki.

The title of Honorary Professor of Collegium Humanum has been already awarded to: 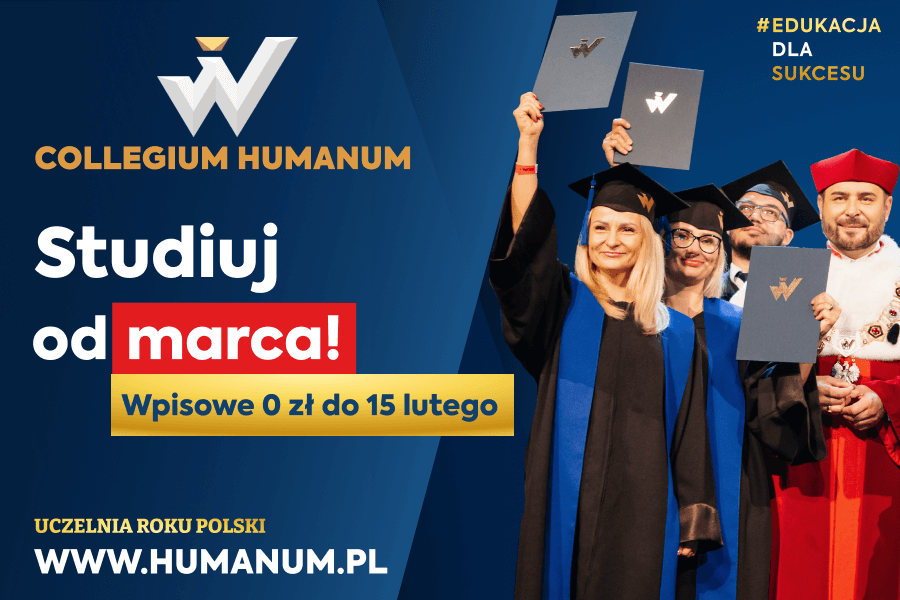