Dominika Kulaga, 3rd-year student of Psychology at Collegium Humanum – Branch in Rzeszów, became Vice Champion of Poland in 50-m backstroke swimming in the Polish Academic Championships organised at the Sports and Didactic Centre of the Łódź University of Technology “Zatoka Sportu”.

At the same time, our runner-up won the best place among students from non-public universities in this category and thus secured the 10th place in the medal ranking for our University! Dominika is now preparing for next competitions: Polish Summer Swimming Championships for Seniors and Youth and the European Academic Games. 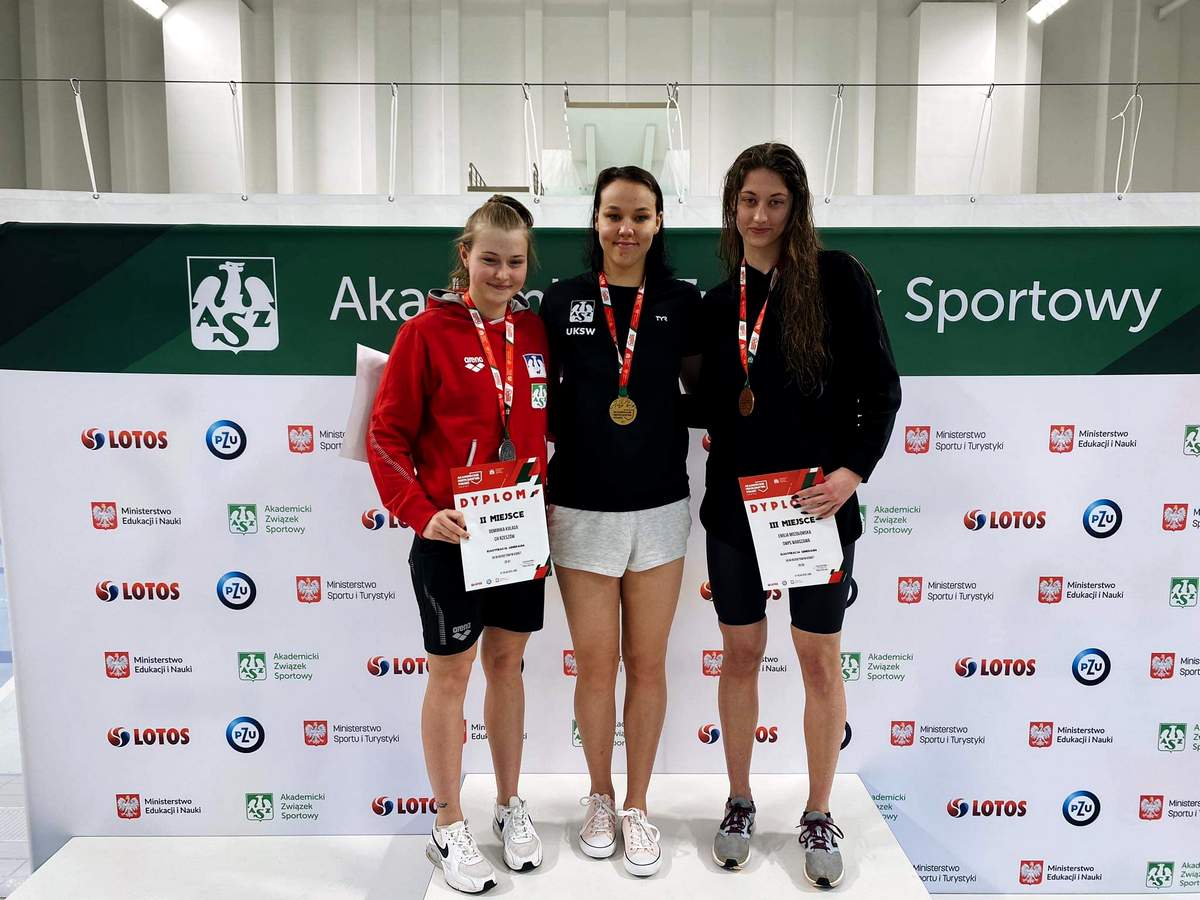